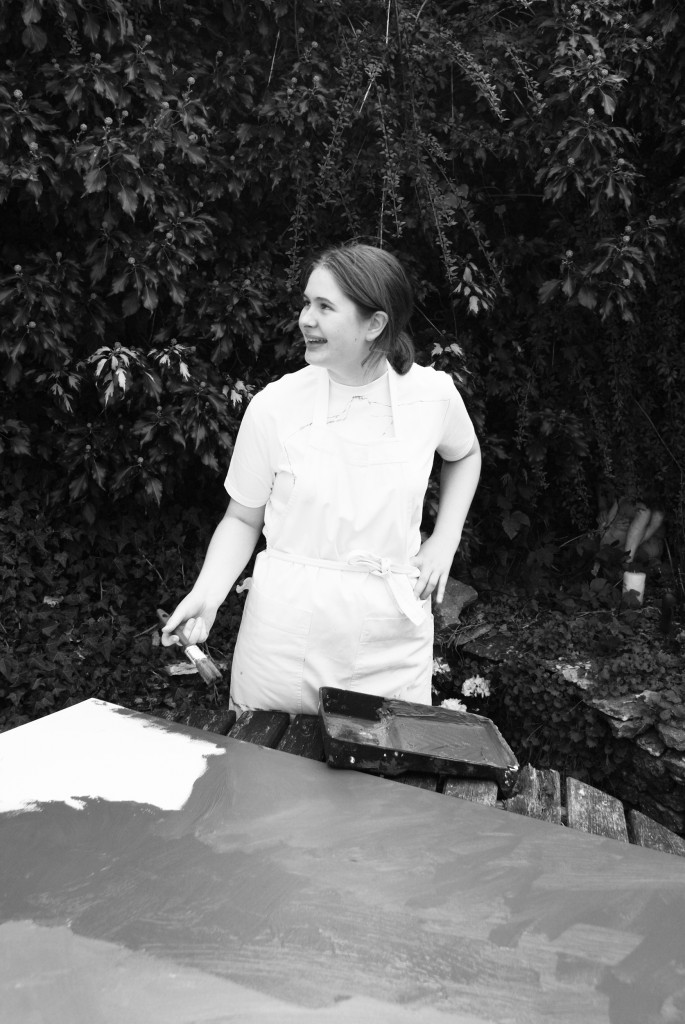 Sophie Roberts painting during a Flash of Splendour session

The Children’s Poly-Olbion project has been developed and delivered by Flash of Splendour. Founded in 2009 in memory of journalist and novelist, Felicity Avery (1928-2008), Flash of Splendour is a non-profit educational organization, based in Oxford. We work internationally to empower disabled, marginalized and disadvantaged children and young people through the creative arts, including music, theatre, film, fine art and creative literacy.

Using innovative methodology and new pedagogical approaches, we enable students to understand, enjoy and interpret cultural forms, ideas and texts, which would normally be closed to them, such as Drayton’s Poly-Olbion. In our programmes, children positioned on the edges of society through disability, conflict or poverty, develop new academic and creative skills, and a profound sense of self-confidence and self-empowerment, which reaches beyond school into adulthood, beyond the microcosm of the classroom into the wider community.

Our inaugural initiative, We Were There, Now We’re Here (2009-10), enabled a group of talented teenagers with autism, and learning disabilities to exhibit a selection of paintings at St Anne’s College, University of Oxford, to profound and life changing acclaim. Two of the artists’ works were acquired by the Prime Minister, David Cameron, and are displayed in his office; another, a portrait of St Anne, is now part of the college’s permanent collection. An accompanying book, with a foreword by the Prime Minister, outlined our SEND strategies, ideology and practice.

Anne Louise Avery is the founder and director of Flash of Splendour Arts, with an academic background in art, anthropology and archaeology. Since graduating with First Class Honours from the School of Oriental and African Studies in London, she has studied at the University of Oxford, ICU University, Tokyo, and Brown University, Providence, Rhode Island, where she held a John Nicholas Brown fellowship in African American art history. In 1995, she won the prestigious Daiwa Foundation Scholarship (previous scholars include British ceramicist Edmund de Waal).

Steve Pratley is Head of Education at Flash of Splendour Arts. He is an expert in the theory and method of music, creativity and communication within Special Needs education, with over twenty years experience in schools and colleges throughout the United Kingdom and Europe. He is a founding member and core instructor of both Flash of Splendour and of the leading music charity, Soundabout, which specializes in training teachers to use music to unlock the potential of children with disabilities. He is also a trustee of the Exuberant Trust, which supports young people at the early stages of arts careers.

His skill in enabling teachers and educators to encourage creativity and expression in children and young adults, has led to long-term relationships with higher educational institutions across the UK, including Oxford Brookes, Oxford University, Exeter University, University of Birmingham and the University of Roehampton. He also has targeted experience working with orphaned and displaced children in Eastern Europe: leading programmes in orphanages and care homes in Roman and Bacau, Romania with the charity Musika.