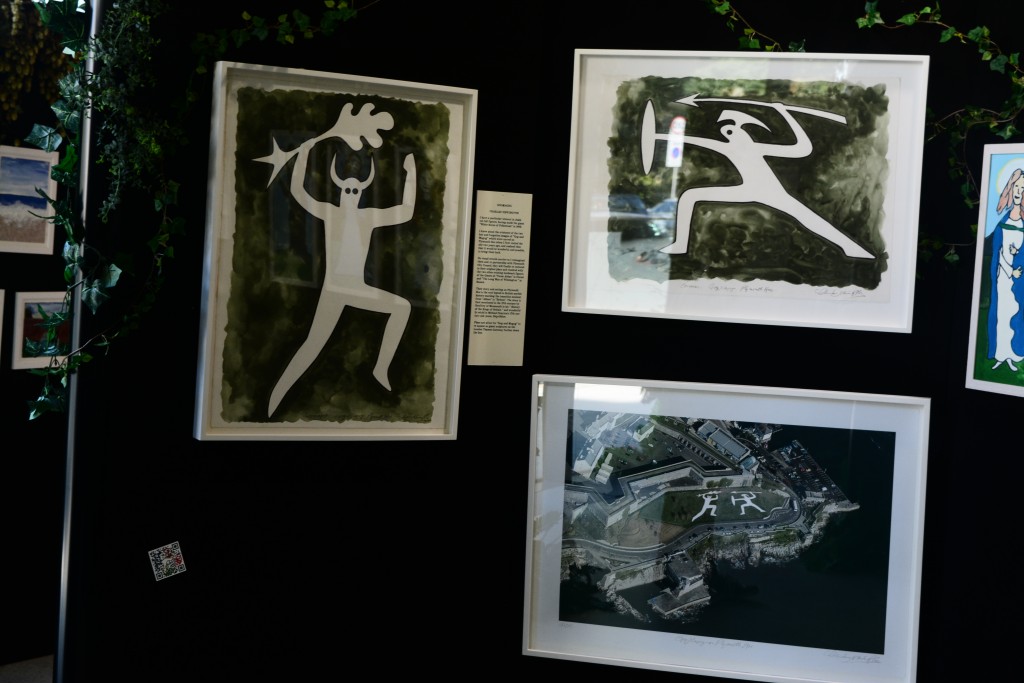 Gogmagog at the Royal Geographical Society

Charles Newington contributed a collection of works to the Faerie Land exhibition, illustrations of the giant Gogmagog, who features in Song I of Poly-Olbion.

“I have a particular interest in chalk cut hill figures, having made the giant “White Horse of Folkestone” in 2003.
I knew about the existence of the two lost and forgotten images of “Gog and Magog” which were carved on Plymouth Hoe when I first visited the site two years ago, and realised then that it would be wonderful, and possible, to bring them back.
No visual records survive so I re imagined them and, in partnership with Plymouth City Council, they will finally be restored in their original place and reunited with the two other existing landmark figures of the Giants at “Cerne Abbas” in Dorset and “The Long Man of Wilmington ” in Sussex.
Their story and setting on Plymouth Hoe is the root legend in British mythic history marking the transition moment from “Albion” to “Britain”. The story is first mentioned in the 12th century by Geoffrey of Monmouth in his ” History of the Kings of Britain ” and wonderfully retold in Michael Drayton’s 17th century epic poem, “Poly-Olbion” which is now being brought to light again in a new publication by Exeter University, and heralded by an exhibition at the Royal Geographical Society in London and at The Forum, Exeter University, organised by “Flash of Splendour Arts”. It opens on 11th sept 2015 where my original drawings for the project will also be displayed.
London now claims them as guardians of the City according to tradition, but it all began in Plymouth!
Plans are afoot for “Gog and Magog” to re appear as giant sculptures on the London Thames Gateway further down the line.” 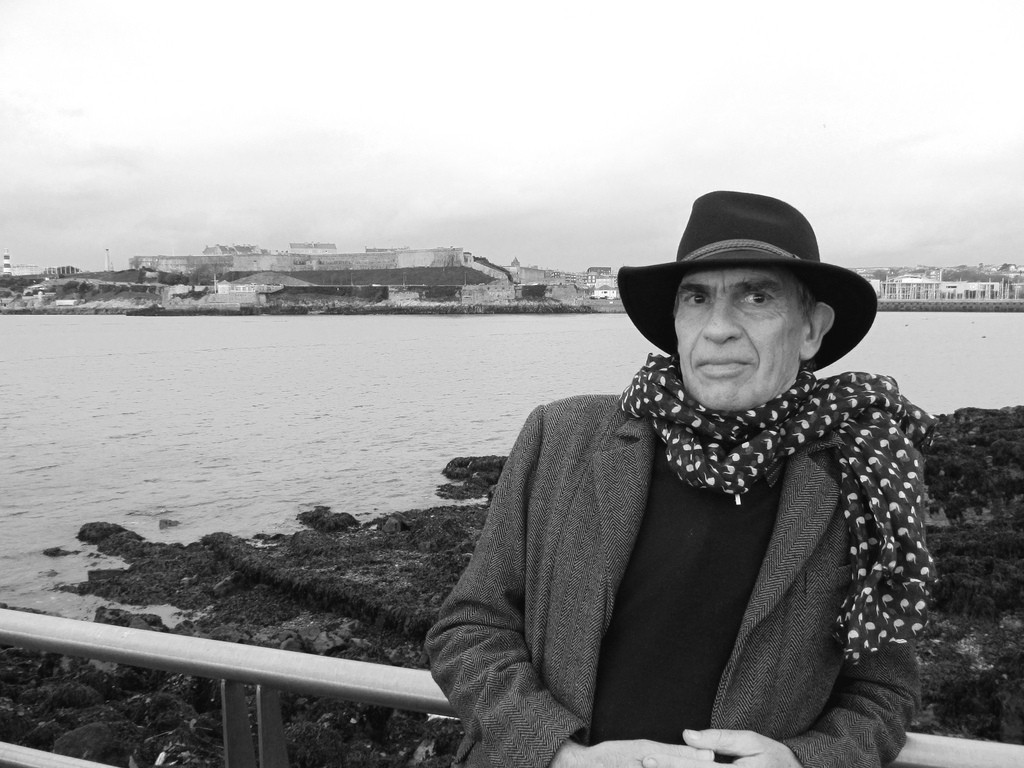