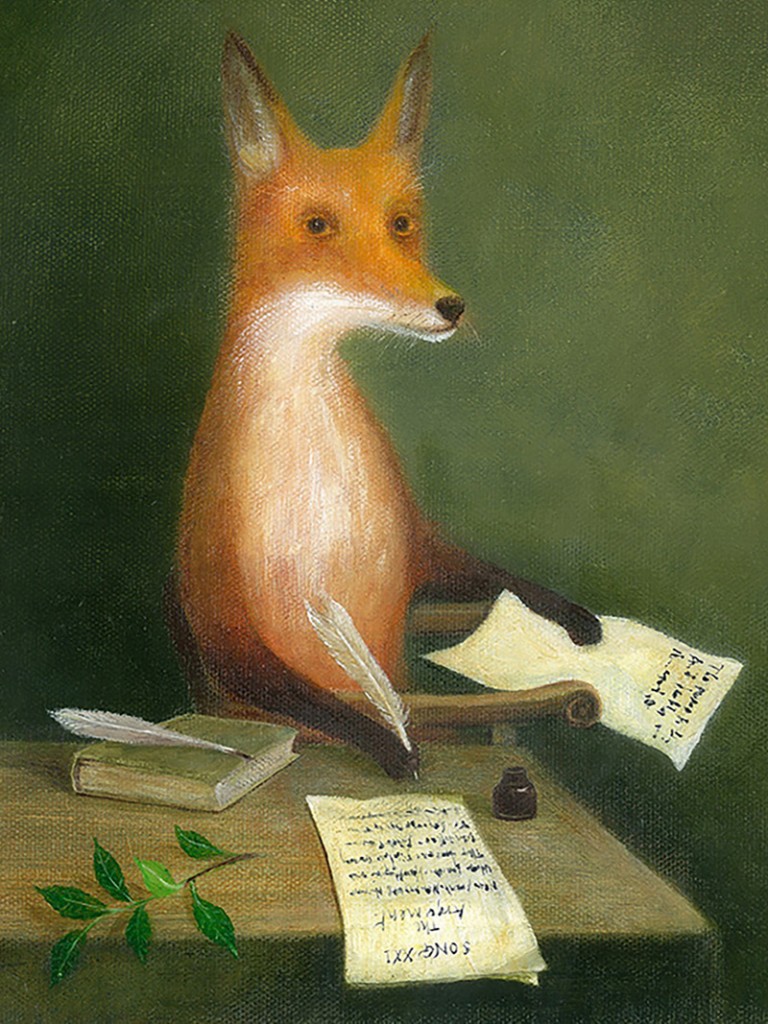 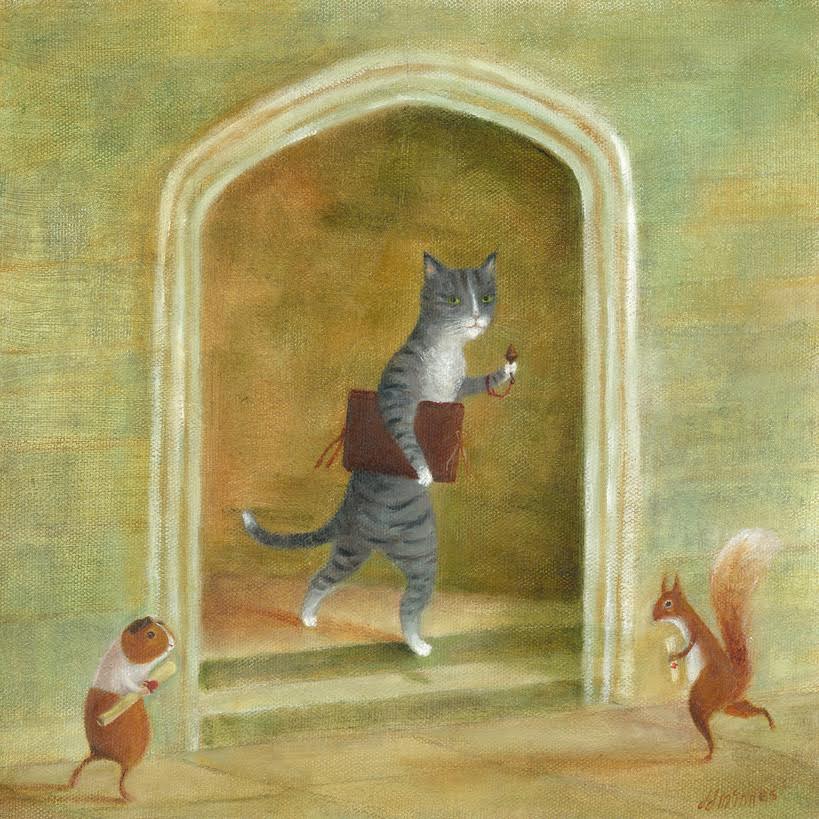 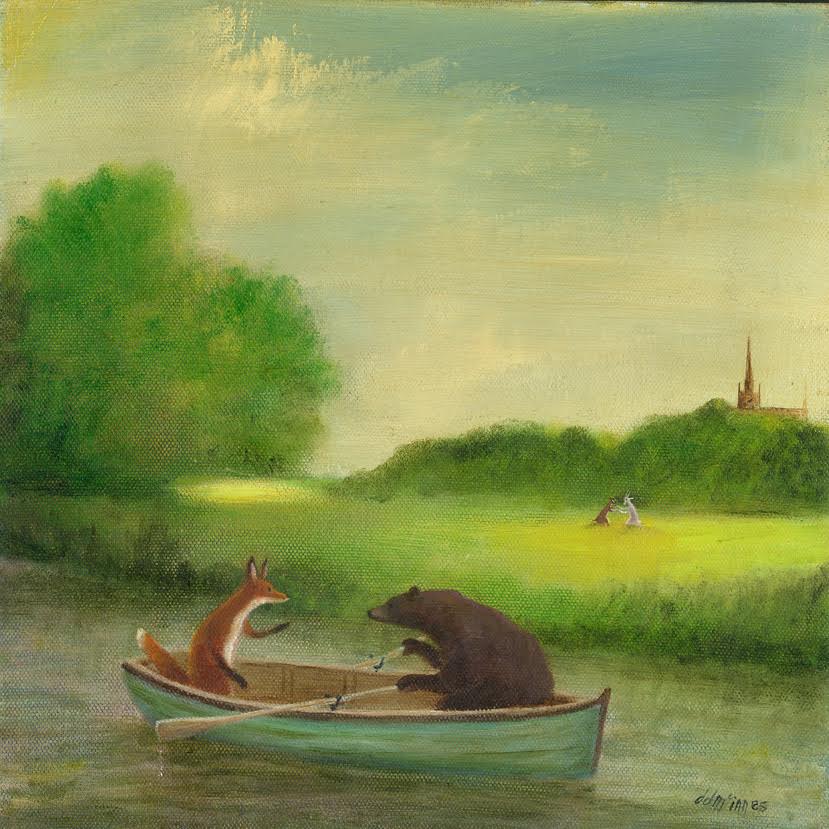 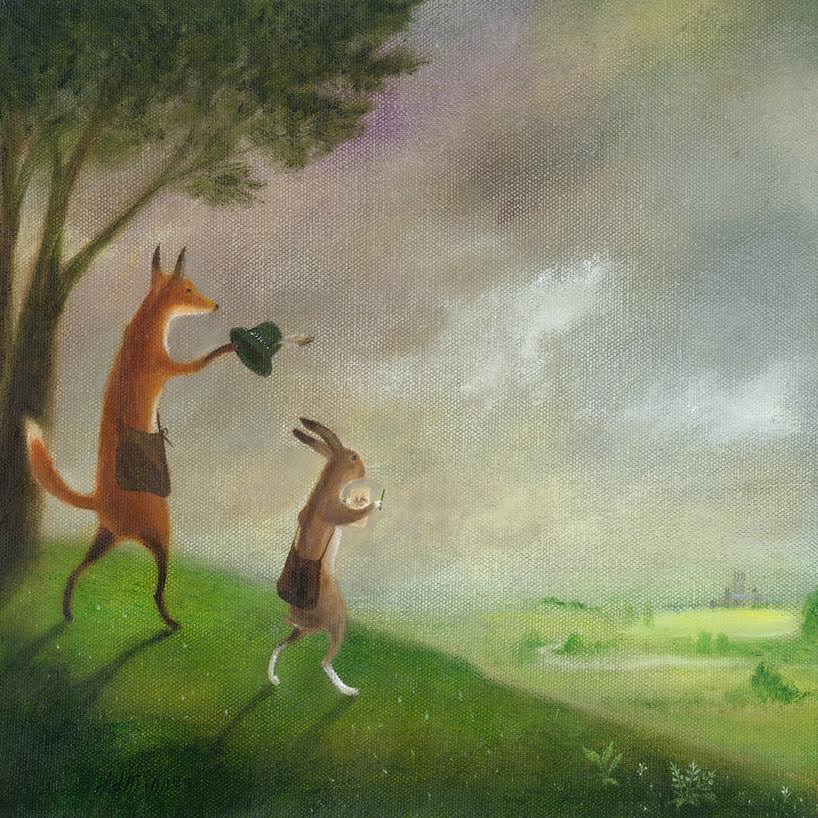 David McInnes Michael Drayton and William Hole Looking Towards Canterbury in the County of Kent, Summer 1611

David McInnes was born in London in 1960, studied Fine Art and Design (Exeter College of Art and Design, as was), and MA in Renaissance Art History. He worked for many years as a Primary school teacher in London and, latterly, as a Lecturer in Education. He has been a full time painter since autumn of 2013. His work draws upon the themes, traditions, and styles of British Landscape painting and Portraiture of the period (broadly), 1550 ~ 1840.

The images he makes capture animals anthropomorphically-engaged in activities and rituals such as taking tea, consulting maps, ice-skating, courtship, and other divertissements. The settings for these fabrications are interiors and landscapes rooted in the period, weaving together allusions to seventeenth/eighteenth-century visual and textual culture, often employing elaborate titles, and newly minted, pastiche period descriptions and
commentaries. In this way, layers of meaning inhere in the paintings, mirroring the physical process of drawing, blocking-in, painting, wiping, re-drawing, painting-over and so on.