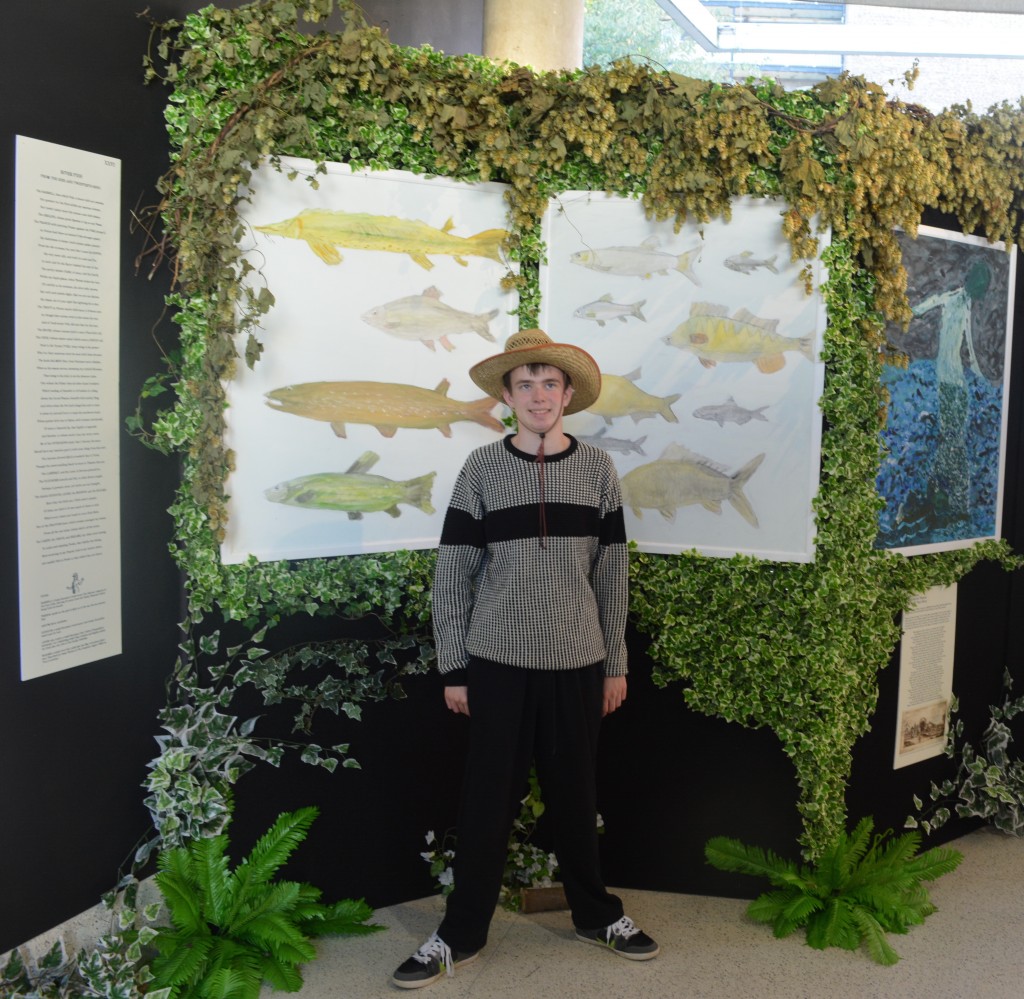 Thirtie kinds of Fish, that in my Streames doe live

Watercolour over graphite underdrawing on canvas. 2015. Created as part of the HLF/AHRC funded Children’s Poly-Olbion project.

A series of freshwater fish from Song XXVI of Poly-Olbion (Vol. 2; 1622). Renowned
for her fish, the “crystal” Trent River, comparing herself favourably with the Thames and the Severn, lists their names and qualities, echoing the description of saltwater fish in the previous Song.